Catching up in June

Well it's been a couple of months since I last showed my face in blogland, I have been reading now and again but haven't felt at all like writing. I had a bit of a set back due to some different tablets that the doctor prescribed which meant that for the best part of May I was either in bed or cocooned on the sofa under a blanket hoping that by sleeping my way through the day and night the panic attacks that I was having would disappear. After a month when she kept telling me I would get better and no it wasn't the tablets making me ill my DH had a word with her and she put me back on my original tablets and by the following day I felt so good and I've been getting better every day. I still feel a bit nervous especially if I have to go out but it's so good just to want to do something again. On the plus side I lost nearly a stone in weight as I couldn't eat much, I felt so ill, but at the moment I could eat for England so I'm trying to keep busy so I don't think about food all day.

The past week, while the weather has been so nice I've been out in the garden every day. I love being out there even if it's been a bit tiring but the smell of the roses and newly cut grass do make me feel so good. 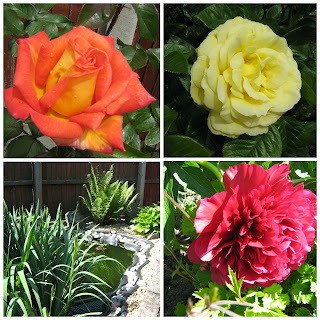 These are just a couple of the sweet smelling roses together with the peony which have grown huge this year, the flower heads are so heavy that we've had to put supports in. The other picture is of the pond which we've just cleaned out as we no longer have fish in there, it's looking a little bare but it will soon fill out again. 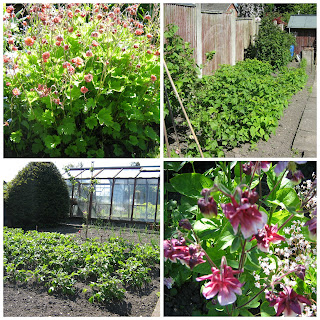 The top right photo is of the fruit patch; at the top we have blackcurrants, then the autumn raspberries and then the blackberries. The bottom left shows the potatoes and onions and in the greenhouse we have tomatoes, peppers and cucumbers growing. 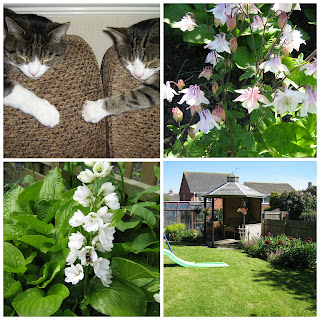 Troy and Gizmo taking a rest from chasing the bees and butterflies, it was hard work and the bottom right photo is where I sit and relax when I take a breather from the garden.

I've hardly touched a needle and thread for the past month so there's not a lot to show. 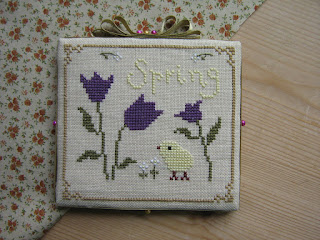 This was the April monthly challenge with the ladies on Needlecraft Haven, it was a freebie from the Snowflower Diaries blog and it was the first time that I had actually done one but I never got round to posting it as I felt so yuk. 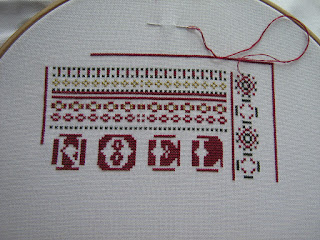 This is my new start, well it was new in April!! Celtic Noel by Lavender and Lace which has been stitching up lovely though I'm not too sure about the gold thread and all those beads that need stitching on.

Nothing else to report so I'll love you and leave you, 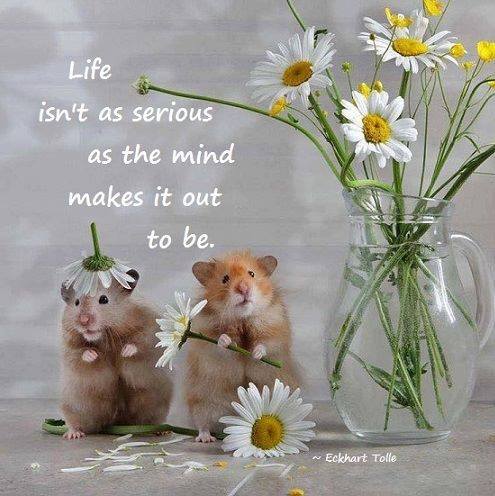 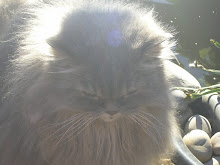 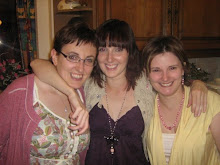 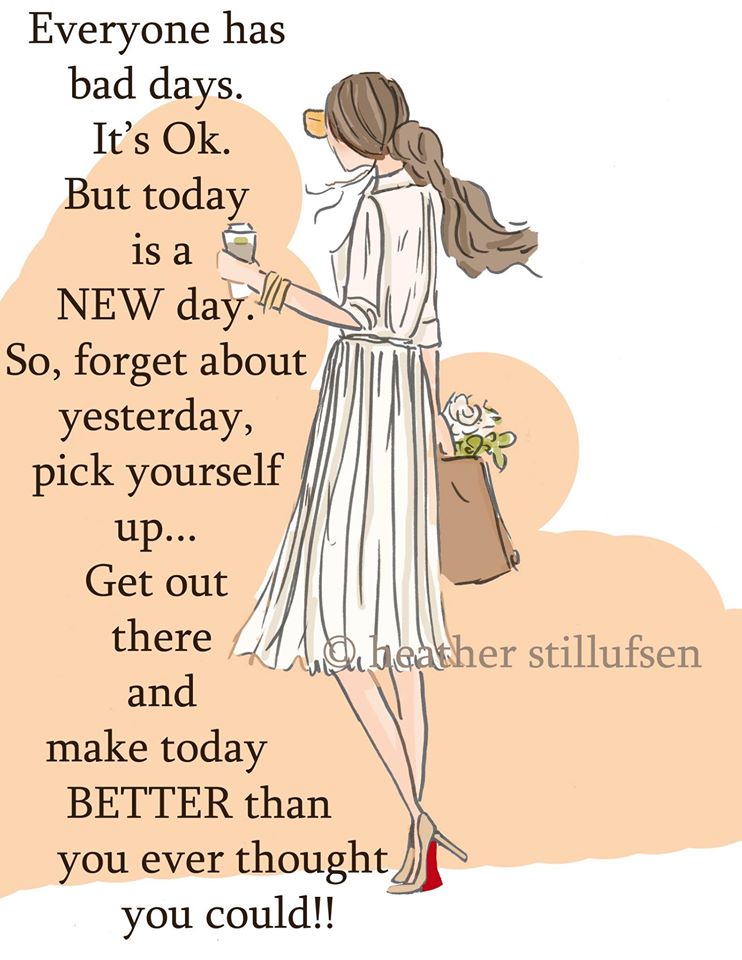